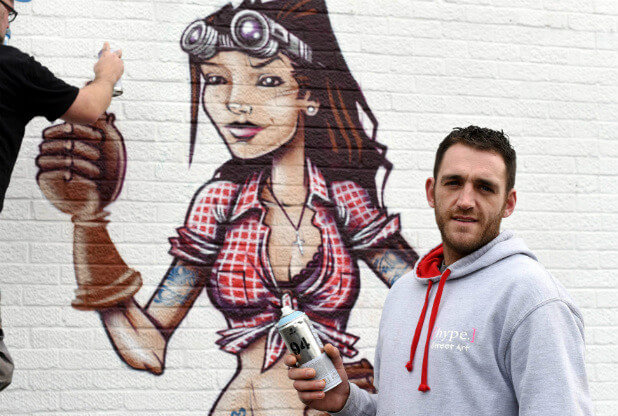 Work started on creating a mural which is hoped will rubbish misconceptions of gender roles in the welding industry. The mural, designed and painted by Gloucester-based street agency Hype Street Arts, depicts a woman welding while men work in the background.

The wall belongs to company Merbro Welding and backs on to Cole Avenue in Quedgeley. Stuart Maclain, director of Hype Street Arts, said: “We kept the design kind of different, because obviously the welding industry is not often associated with women.

“As much as it’s a manly profession, it was nice to be versatile with it.”